At the 41stIEEE Conference on Local Computer Networks (LCN 2016) in Dubai, United Arab Emirates, the probr team had been awarded the Best Demo Award for the demonstration entitled "Probr Demonstration - Visualizing Passive WiFi Data", prepared by a CSG's master project team. This award is based on audience voting, not performed by a jury, and has seen in a very close runner-up with three almost equally counted for votes for a total of 14 demonstrations a final win. 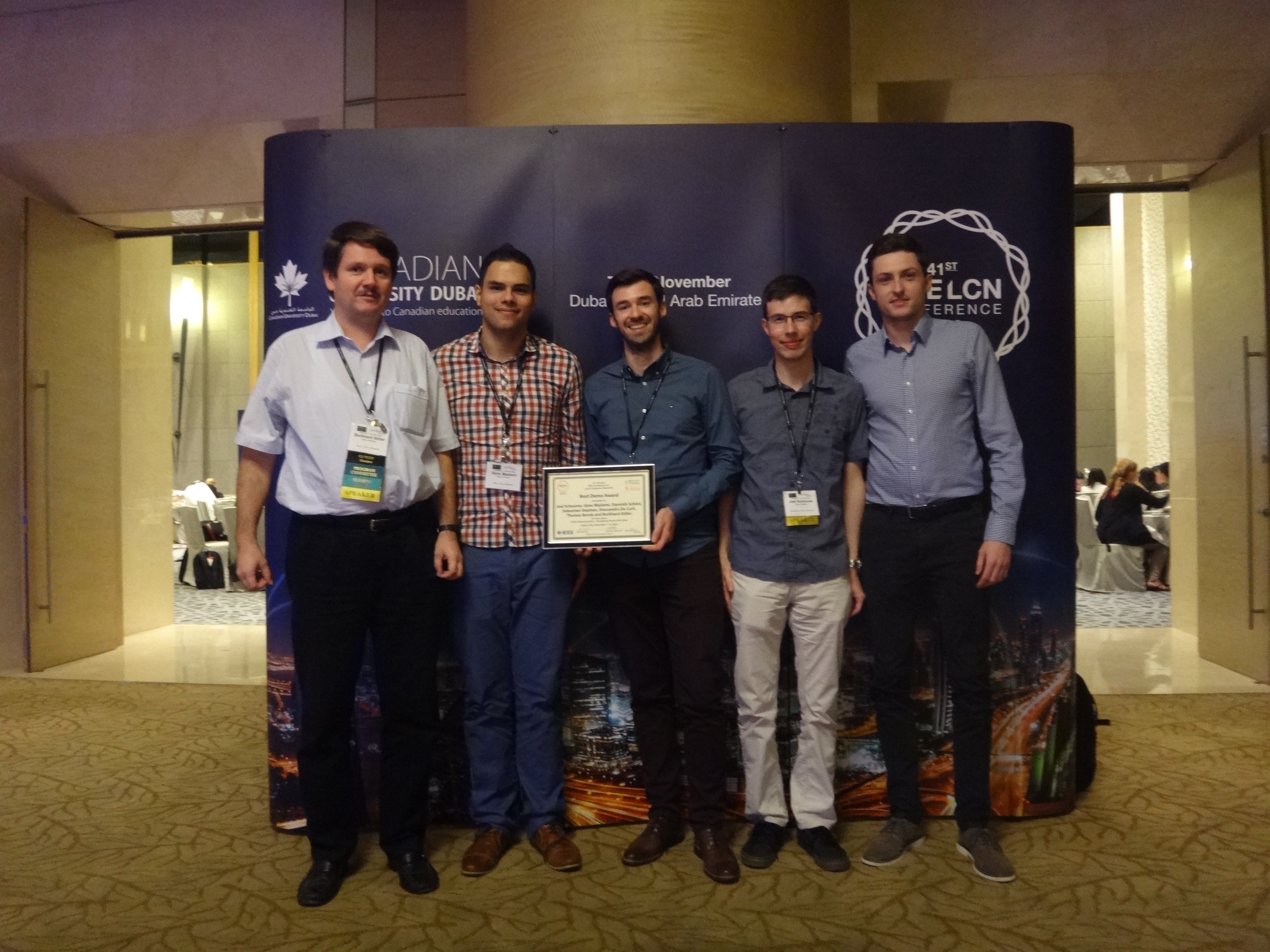