The CSG was present at the 1st IEEE International Conference on Blockchain and Cryptocurrency (ICBC 2019), May 14-17, 2019, Seoul, South Korea, IEEE with one full paper, two posters, three demos, and one tutorial presentation as well as one panel participation.

Highly successful during the first IEEE ComSoc supported event on blockchains and cryptocurrencies the full paper on "A Blockchain-based Scientific Publishing Platform" by Sina Rafati, Lucas Pelloni, Severin Wullschleger, Andreas Schaufelbühl, Thomas Bocek, Lawrence Rajendran, and Burkhard Stiller was presented by T. Bocek. Before that the tutorial on "Blockchain and Smart Contracts – From Theory to Practice" by Bruno Rodrigues, Eder John Scheid, Roman Blum, Thomas Bocek, and Burkhard Stiller had gained attention due to B. Rodrigues' interactive presentation.

The two poster presentations on "CaIV: Cast-as-Intended Verifiability in Blockchain-based Voting" by Raphael Matile, Bruno Rodrigues, Eder Scheid, and Burkhard Stiller as well as on "Security Management and Visualization in a Blockchain-based Collaborative Defense" by Christian Killer, Bruno Rodrigues, and Burkhard Stiller had been discussed interactively, too, with many participants during the coffee breaks.

Finally, the "Panel 1 - Blockchain Beyond Cryptocurrencies: Opportunities and Challenges" was organized by the moderator Salil Kanhere, and Burkhard Stiller - one out of four panelists - argued that the waves of centralization and decentralization will never stop such that BC-like approaches will appear and die, as a matter of taste. While the future role of public blockchains is advantageous, especially wrt electronically derived data (no media break), the future for private blockchains may differ according to different trust assumptions, thus, possibly "surviving" as distributed systems and transaction systems. However, for any of the two, the societal and social impacts are not to be underestimated, since many application areas are by now key drivers for the first data collection in a decentralized, thus, more difficult to be censored manner ever, and in turn almost impossible to be changed or manipulated due to external (incorrect) activities.

And as a very nice conclusion of the CSG's success at ICBC 2019, Sina Rafati received during the closing session an IEEE Student Travel Grant besides six other students. Congratulations!

B. Rodrigues presenting the tutorial 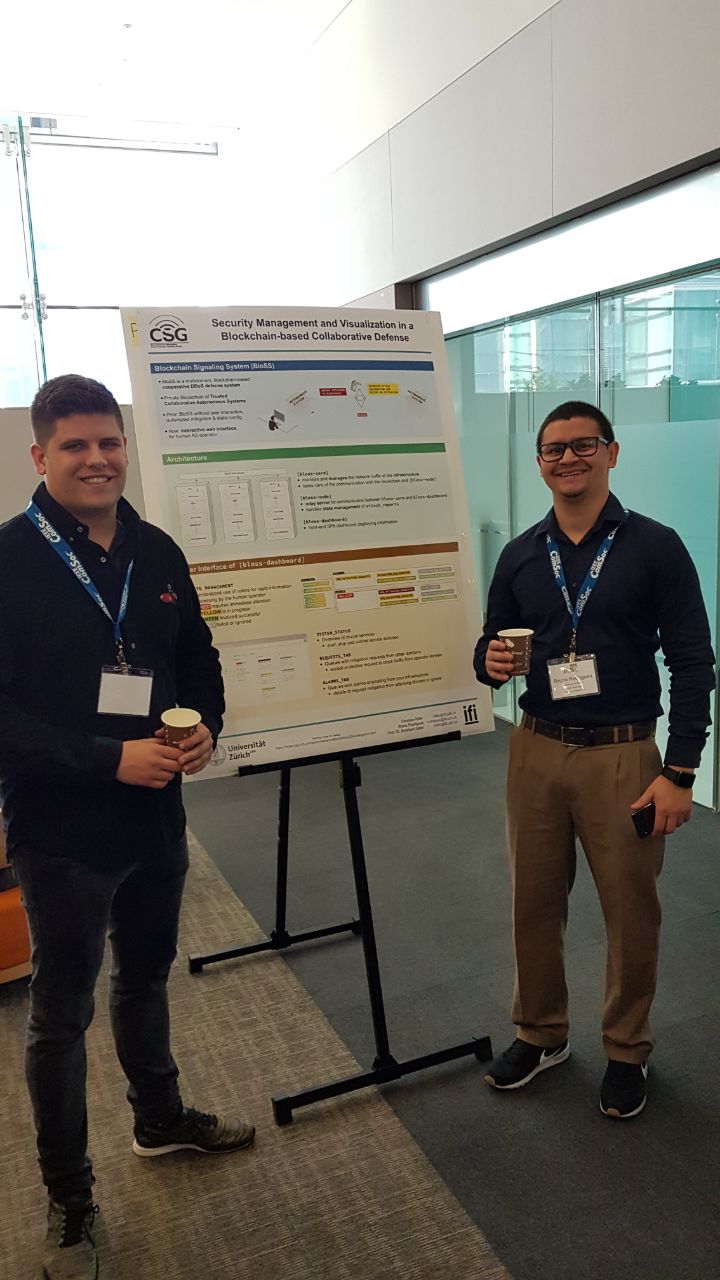 C. Killer and B. Rodrigues after the set-up of one poster

B. Stiller during the panel 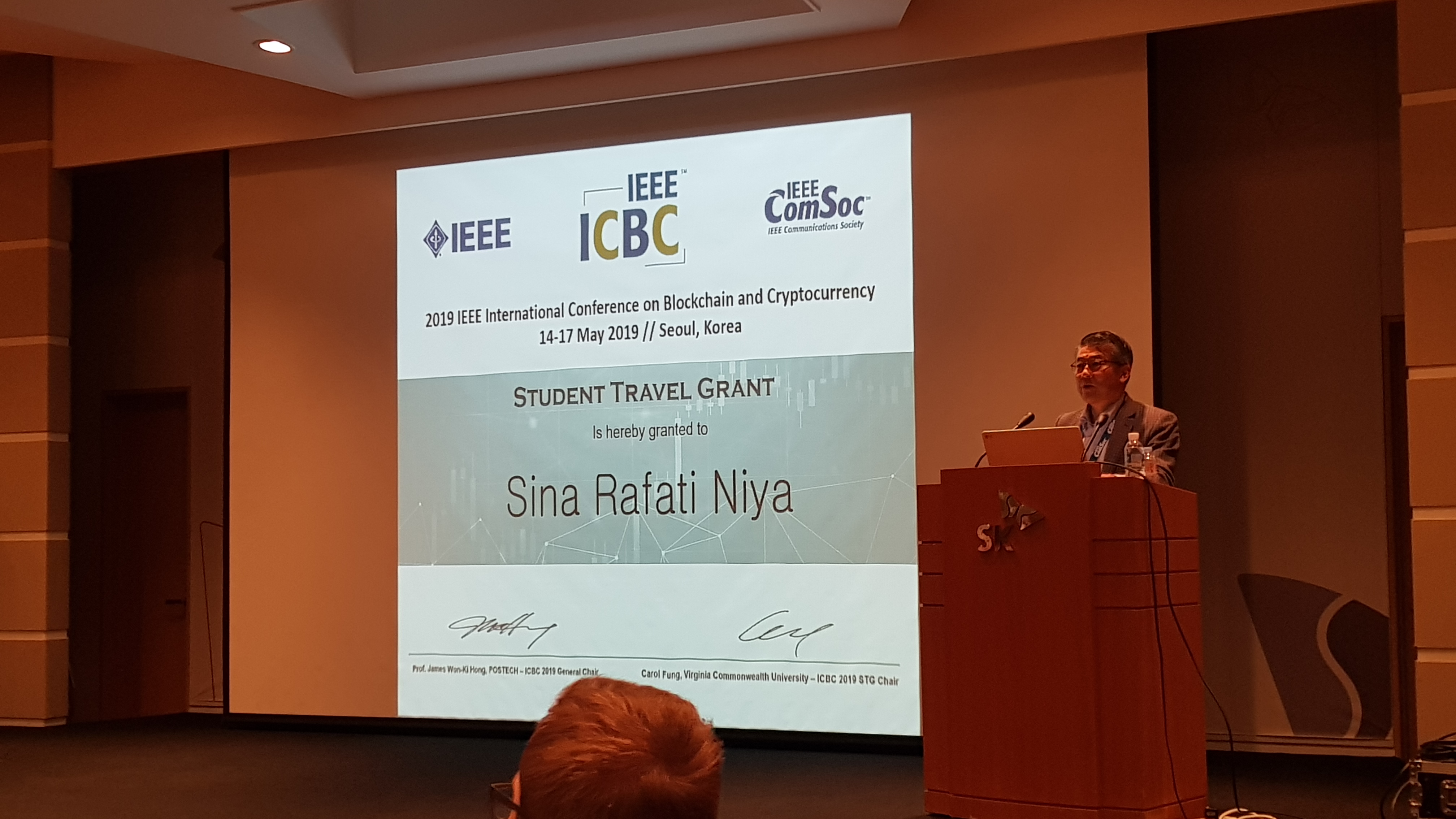