The demonstration on "Cooperative Signaling of DDoS Attacks in a Blockchain-based Network" by Bruno Rodrigues from the Communication Systems Group CSG, Department of Informatics IfI, University of Zurich UZH had been presented during the ACM SIGCOMM 2019 Demo Session. This work had been supported partly by UZH and partly by the Concordia EU project. Additionally, Muriel Franco did receive an ACM SIGCOMM student travel grant, which enabled him the joint travel with Bruno, supporting with the demo's hardware transport and preparations.

While about 1,200 attendees overall had been accounted for this year's SIGCOMM 2019, many companies, well besides the main sponsors, did show their interests in SIGCOMM topics. Thus, the interest in security, especially DDoS mitigation work, was very considerable. Already during the demo's setup already many people were surrounding the site and asking questions on which type of hardware, switches, and other hardware-related aspects. 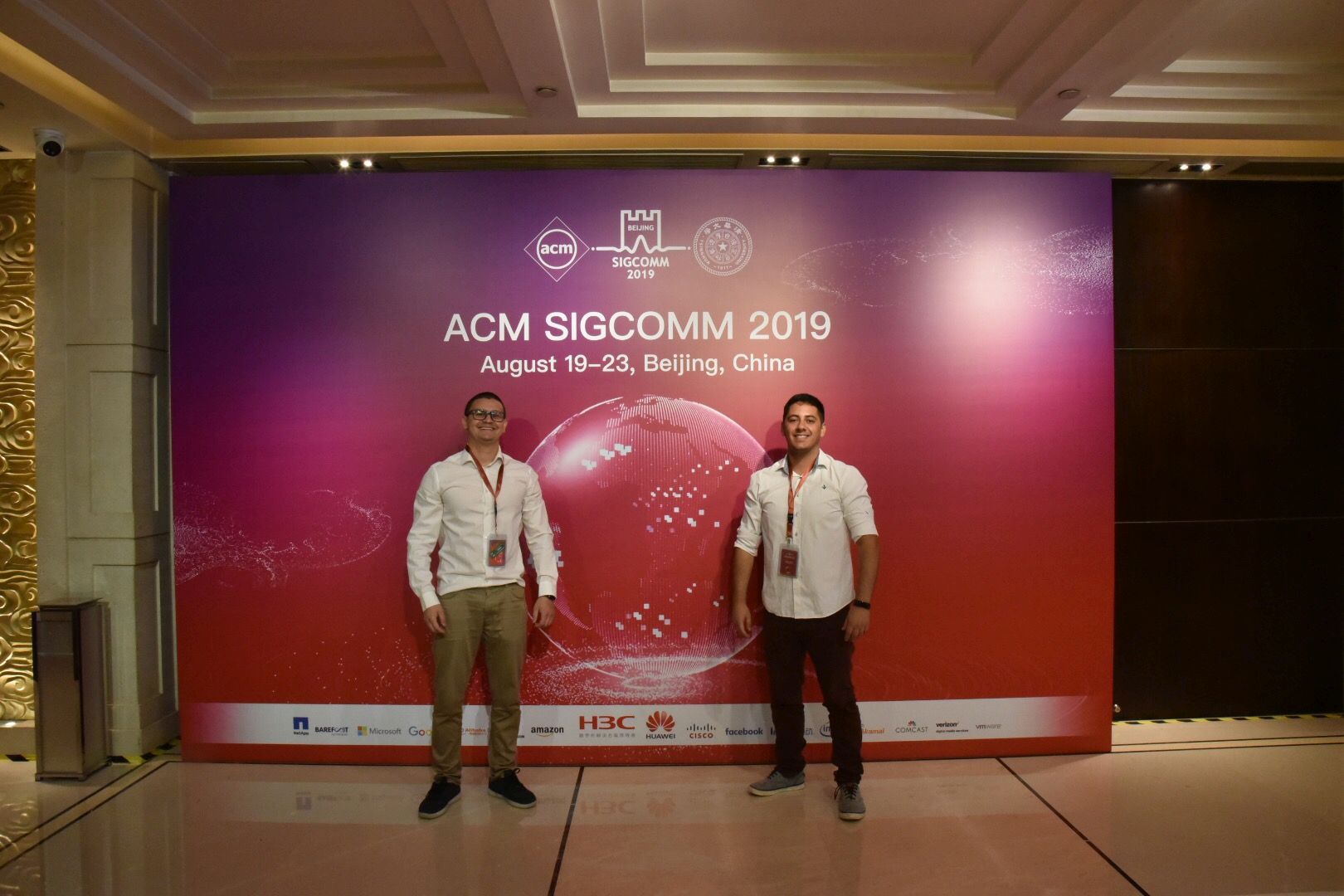 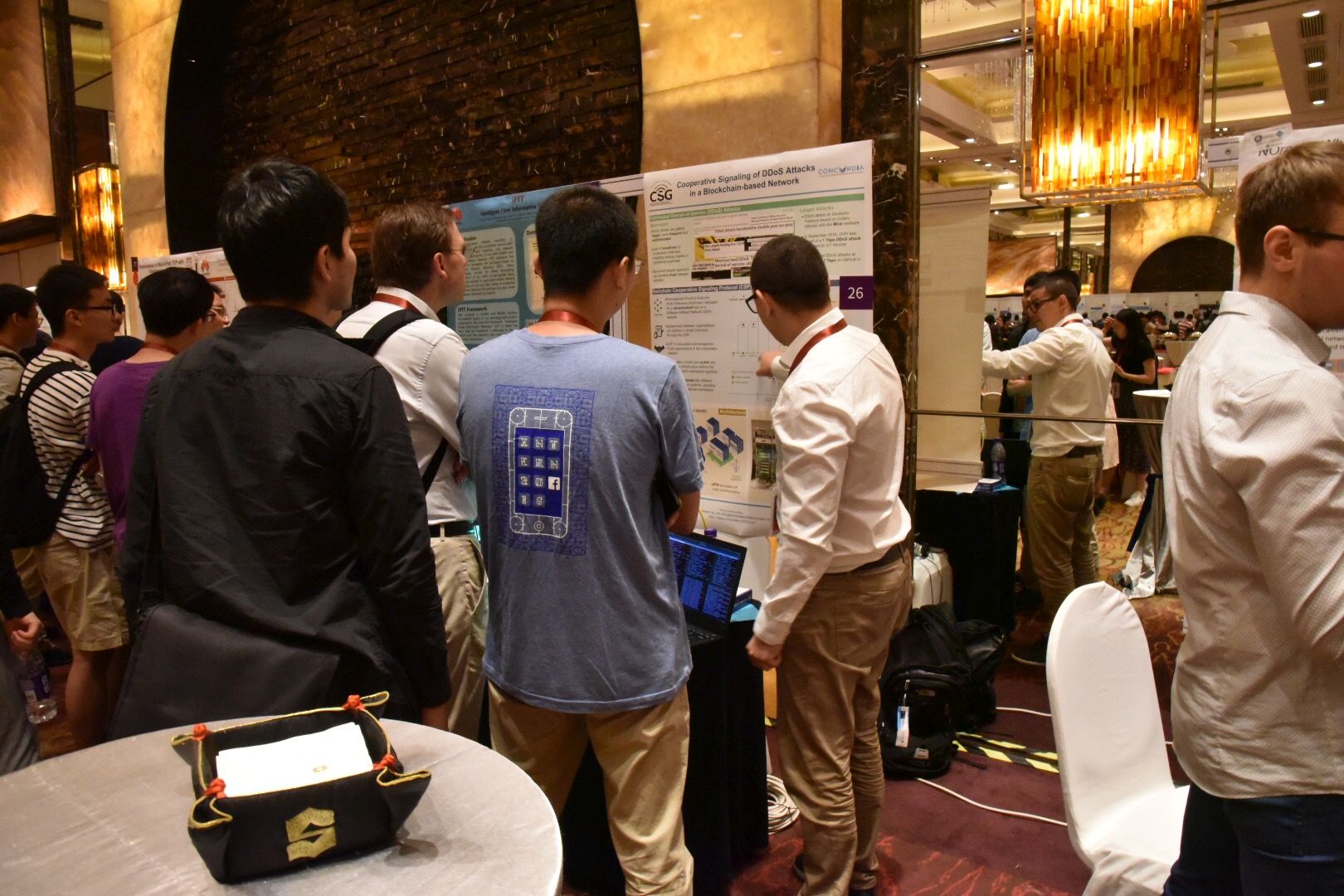 (a) The CSG delegation (B. Rodrigues and M. Franco, from the left) at ACM SIGCOMM 2019 and (b) Bruno's explanation of BloSS to interested visitors