At the 40th Anniversary of the IEEE Conference on Local Computer Nenwtorks (LCN 2015) SmartenIT had been awarded the Best Demo Award for the demonstration entitled "WiFi Offloading and Socially Aware Prefetching on Augmented Home Routers". This award is based on audience voting, not performed by a jury, and has seen approximately 50% of all votes cast for total 9 demonstrations under presentation.

This demonstration showed the RB-HORST prototype running live on local hardware. RB-HORST offers WiFi offloading, video caching, and video prefetching based on social and overlay network predictions. The demonstrator showed how users can interact with the system and see the prefetching being performed depending on their Facebook messages. RB-HORST is intended to run on home gateways/routers, which are represented in the demo as low power computers. 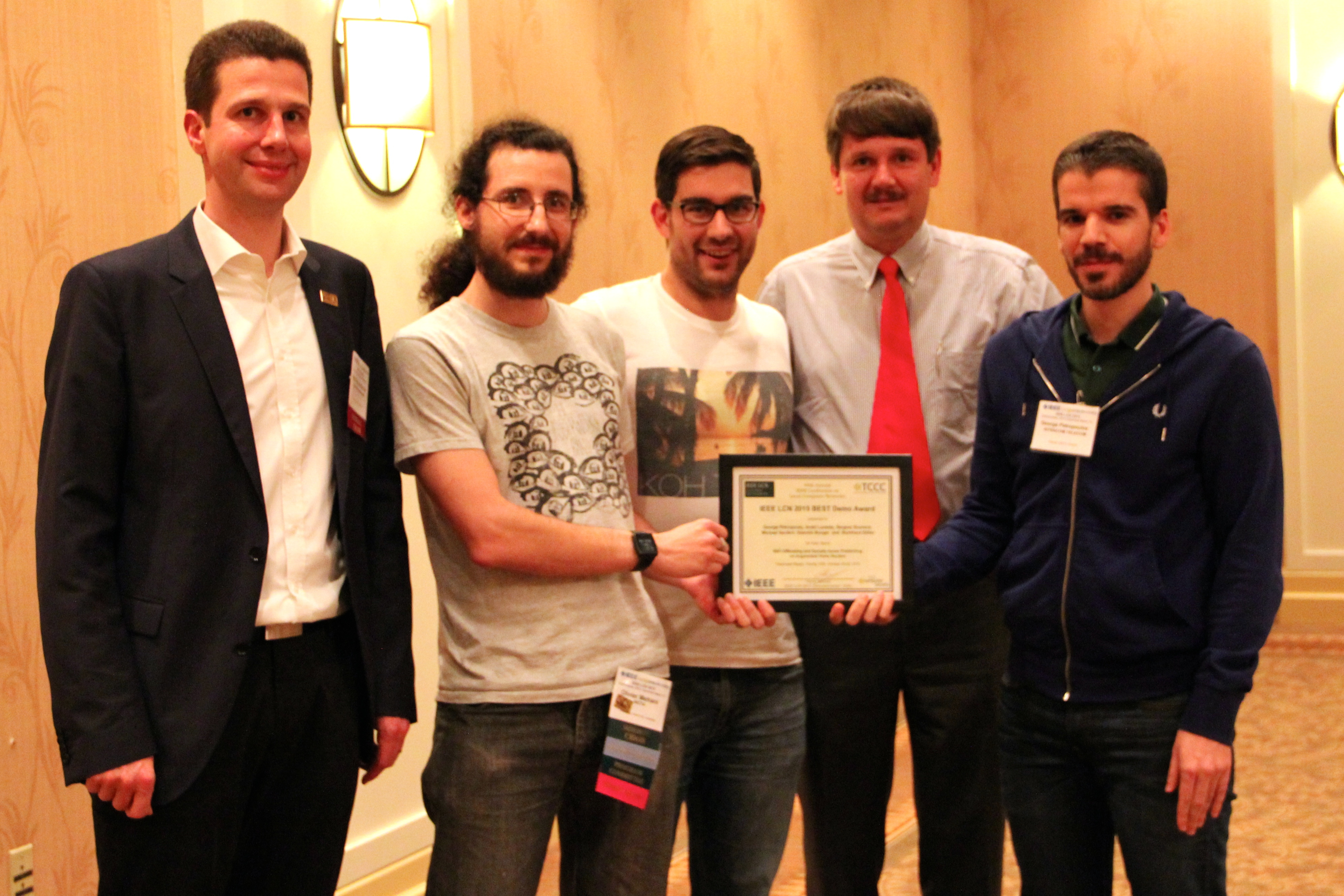