Muriel Franco represented the Communication Systems Group CSG, Department of Informatics IfI at the University of Zurich UZH at the 17th International Conference on the Economics of Grids, Clouds, Systems, and Service (GECON 2020) during September 15-17, 2020, as usual during these times organized as a fully on-line event, due to the COVID-19 situation.

The work on "ProtectDDoS: A Platform for Trustworthy Offering and Recommendation of Protections" received for its on-line presentation the GECON 2020 "Best Presentation Award" during the GECON's award ceremony. The work presented was developed as part of the bachelor thesis conducted by Erion Sula and supervised by Muriel during late 2019. ProtectDDoS is a platform that provides a blockchain-based catalog, where DDoS (Distributed Denial-of-Service) protection providers can announce details regarding their services, while interested users can filter or obtain recommendations of DDoS protection according to their specific demands (e.g., price, attacks supported, and geo-location constraints). ProtectDDoS implements a Smart Contract that maintains the data's integrity about the protections available and provides a tamper-proof reputation, such that the use of these data by others can be fostered. 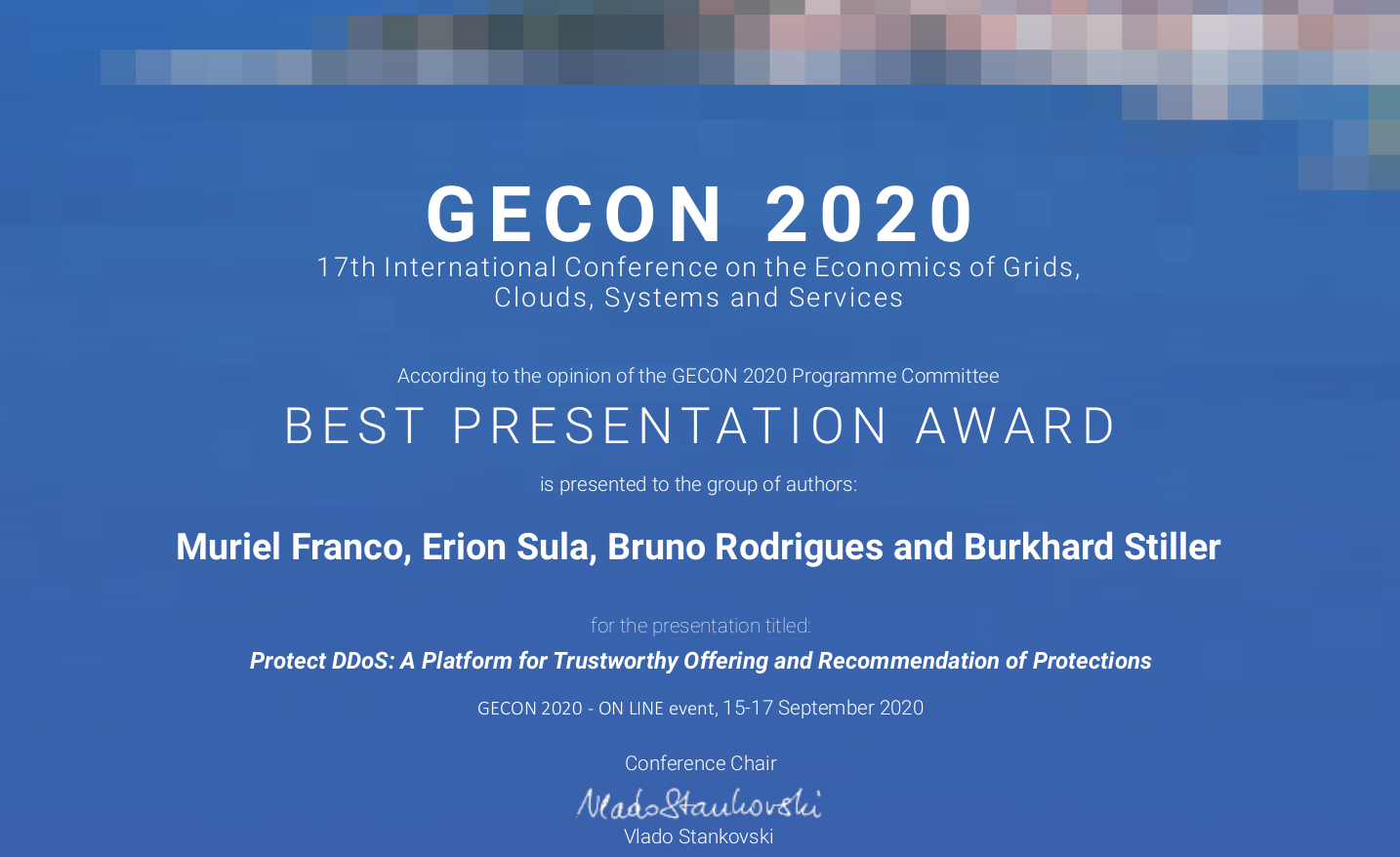