The Communication Systems Group CSG of the Department of Informatics IfI exhibits the Android app Coinblesk at CeBIT 2016 (Hall 6 at Booth B30-307 labelled "University of Zurich"), which is the first of its kind to exchange instantaneously in a mobile fashion between smartphones Bitcoins applying two-way Near Field Communications (NFC), Bluetooth LE, or Bluetooth.

Many visitors interested in Bitcoins, blockchains, and instant payments did visit the booth so far, including the Swiss CTI President Walter Steinlin, the Accenture CH CEO Thomas D. Meyer, Member of the Board, ICTswitzerland Andreas Kaelin, and the President IfI Alumni Andri Färber. 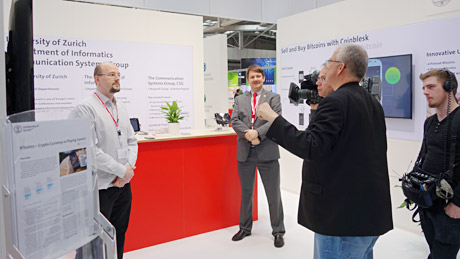 The Coinblesk project started in 2014, lead by Dr. Thomas Bocek, and developed its core in a Master Project of J. Memeti, M. Bekooglu, and S. Kaeser. Version 2 was mainly driven by R. Voellmy's Bachelor Thesis, which was awarded the Best Bachelor Thesis Award 2015 from the KuVS, the Fachgruppe for "Communication and Distributed Systems" (Kommunikation und Verteilte Systeme) of the German Computer Science Society (GI) and the Informationstechnische Gesellschaft im VDE (ITG). In preparation for the CeBIT 2016 exhibition the team of A. De Carli, C. Killer, and A. Albrecht strengthened the developments for Coinblesk's Version 2.1 under Dr. Bocek's lead, which is now available in Google's Play Store 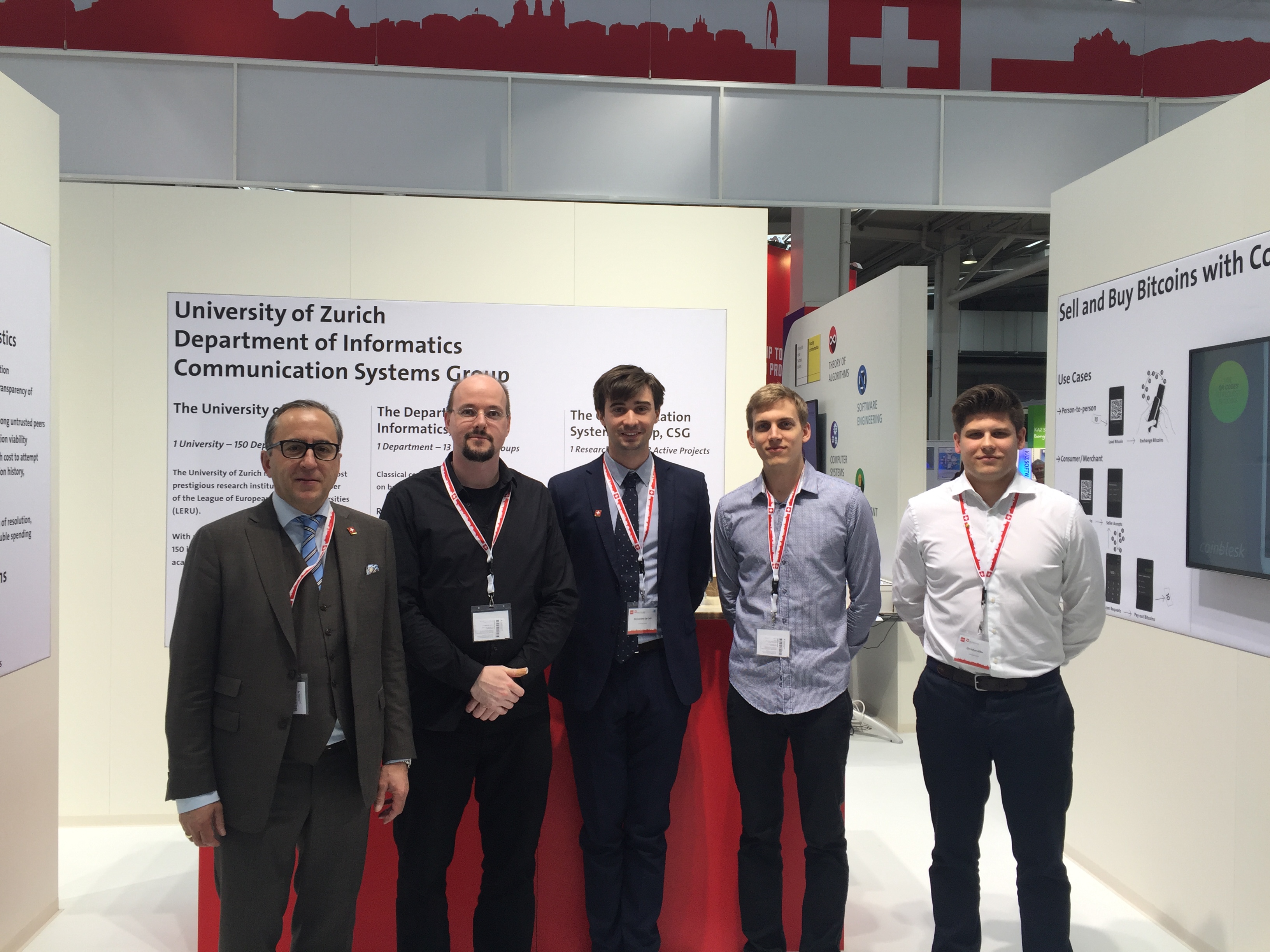 The UZH booth with A. Kaelin (Member of the Board, ICTswitzerland), T. Bocek, A. De Carli, R. Voellmy, and C. Killer (Picture: CK)

Current media interest in Coinblesk is documented at inside-it.ch, IT business, Unternehmer Zeitung, and the UZH News.