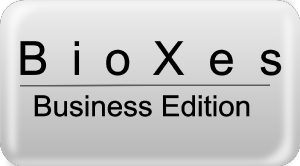 Biometrics cover the measurements and identification of creatures. Thus, a special case is given for the human being, who can be identified uniquely by finger print scans or iris scans.

Today's biometric identification schemes are used in a variety of situations, where the use of finger print scans, iris scans, and vein scans serves the need to ensure a justified identification, such as in biometric passports, for building or room entrances, or resource accesses.

Biometric data simplify traditional key or smart card handling procedures, since no physical object may be lost from a person any more, and still an identification will be possible. In combination with strong security requirements a large turnover of personnel, a large number of access control locations, such as gates an doors, and an arbitrary user and device usage a software-based biometric data management approach enables an integrated support for identification and access control purposes. Furthermore, avoiding a solution in terms of an authentication by ownership, e.g., physical keys cannot be handed over to different employees and a higher level of security has been reached.

The research cooperation project "BioXes" is performed between the University of Federal Armed Forces Munich, Germany and the University of Zurich, Communication Systems Group CSG, Switzerland. Research, prototyping, and developments have taken place to achieve a new, platform-independent, flexible, and Internet-based biometric data and access control system, which supports various hardware devices as well as configurable user and device groups. Thus, multi-biometrics have become a reality!


BioXes at SYSTEMS 2007 (http://www.systems-world.de/)
The CSG has presented in October 2007 a working prototype as well as a productive version of BioXes to the interested public at the SYSTEMS 2007 fare in Munich, Germany in collaboration with the University of Federal Armed Forces, Munich.

BioXes at 2007 (http://sicherheit-messe.ch/)
The CSG has presented in November 2007 a working prototype as well as a productive version of BioXes to the interested public at the "Sicherheit 2007" fare in Zürich, Swtzerland.

Inquiries may be directed to the local Swiss project management: