The main goal of this project is to develop novel methods for supporting the coldchain distribution process (supply chain) of medical drugs using blockchain technology. The commercial goal is to reduce the cost of delivery, while assuring a regulation-compliant temperature tracking using IoT-sensors.

The tasks that contribute to the fulfillment of the goals of this project are described below:

Blockchain technology is developing at a rapid pace. For consumers that are only interested in simplifying processes and reducing costs by using a blockchain solution a new problem has occurred. It is not only necessary to select the appropriate solution, but also to configure and operate considering blockchain interoperability with different chains. For the industry, there is a need for solutions based on open standards. Thus, it was proposed a Policy-based Blockchain Agnostic Framework (Figure 1) that not only connects different blockchains but also facilitates their configuration and operation. Moreover, a case study (Figure 2) was presented considering the cold-chain supply-chain, where each actor defines its policies based on blockchain requirements. More information about the description of this framework and its components can be found in the peer-reviewed paper accepted for publication in the IFIP/IEEE International Symposium on Integrated Network Management (IM 2019) [1]. 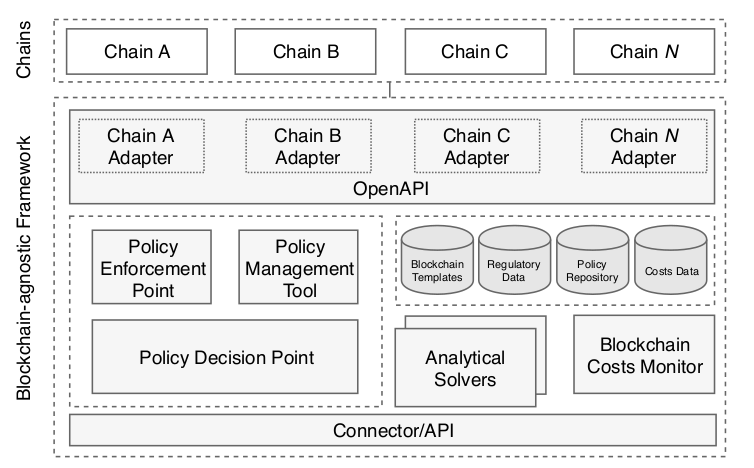 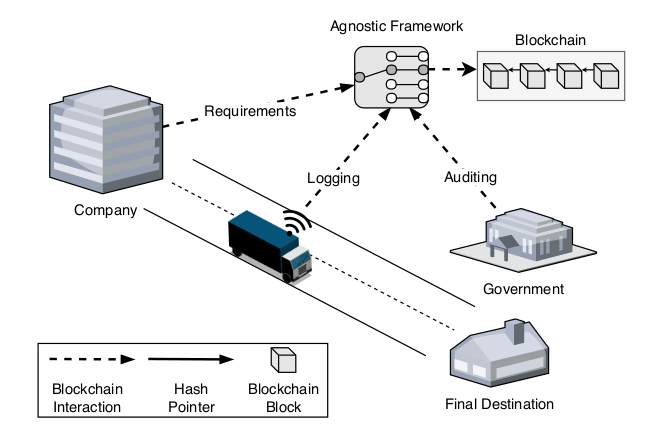 Based on the user policies defined, the Blockchain-based Agnostic Framework selects the most suitable blockchain implementation to store and retrieve the data. This store/retrieve interaction is performed within the framework using the OpenAPI component. The code for the OpenAPI prototype can be found at the IFI GitLab Repository. The workflow of how the OpenAPI performs the store() function is depicted in Figure 3. 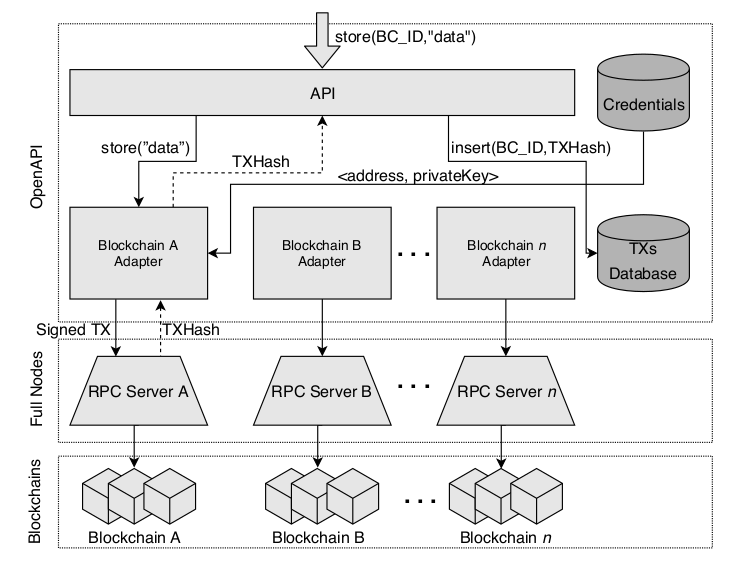 More information about the description of the OpenAPI, named Bifröst, and its components can be found in the peer-reviewed paper accepted for publication in the 44th IEEE Conference on Local Computer Networks (LCN 2019) [2].