The EU-funded competence network Concordia addresses cybersecurity aspects with leading research, technology, industrial and public competences. And as being valid for any network, the interactions between researchers is key.

Thus, Prof. Dr. Radu State, University of Luxembourg, SnT (Interdisciplinarity Center for Security, Reliability, and Trust) had been invited to the Department of Informatics IfI for the official IfI Research Colloquium.

Radu presented a talk on "Security Insights into Smart Contracts" and explained the taxonomy of newly determined security threats with respect to the application of honeypots in Blockchains and their integral Smart Contracts. A detailed study on differences in these honeypots' operations revealed clearly that errors in coding as well as obvious misuse by traps and baits exist.

In addition, the Communication Systems Group CSG organized for bilateral discussions of local Junior Researchers and Radu, which had been organized on September 26 and 27, 2019. Among other topics, eVoting an Blockchain-based solutions as well as their security threats (documented within a paper on "The Swiss Postal Voting Process and its System and Security Analysis" by Christian Killer and Burkhard Stiller) had been considered to be of high and social importance for Europe. 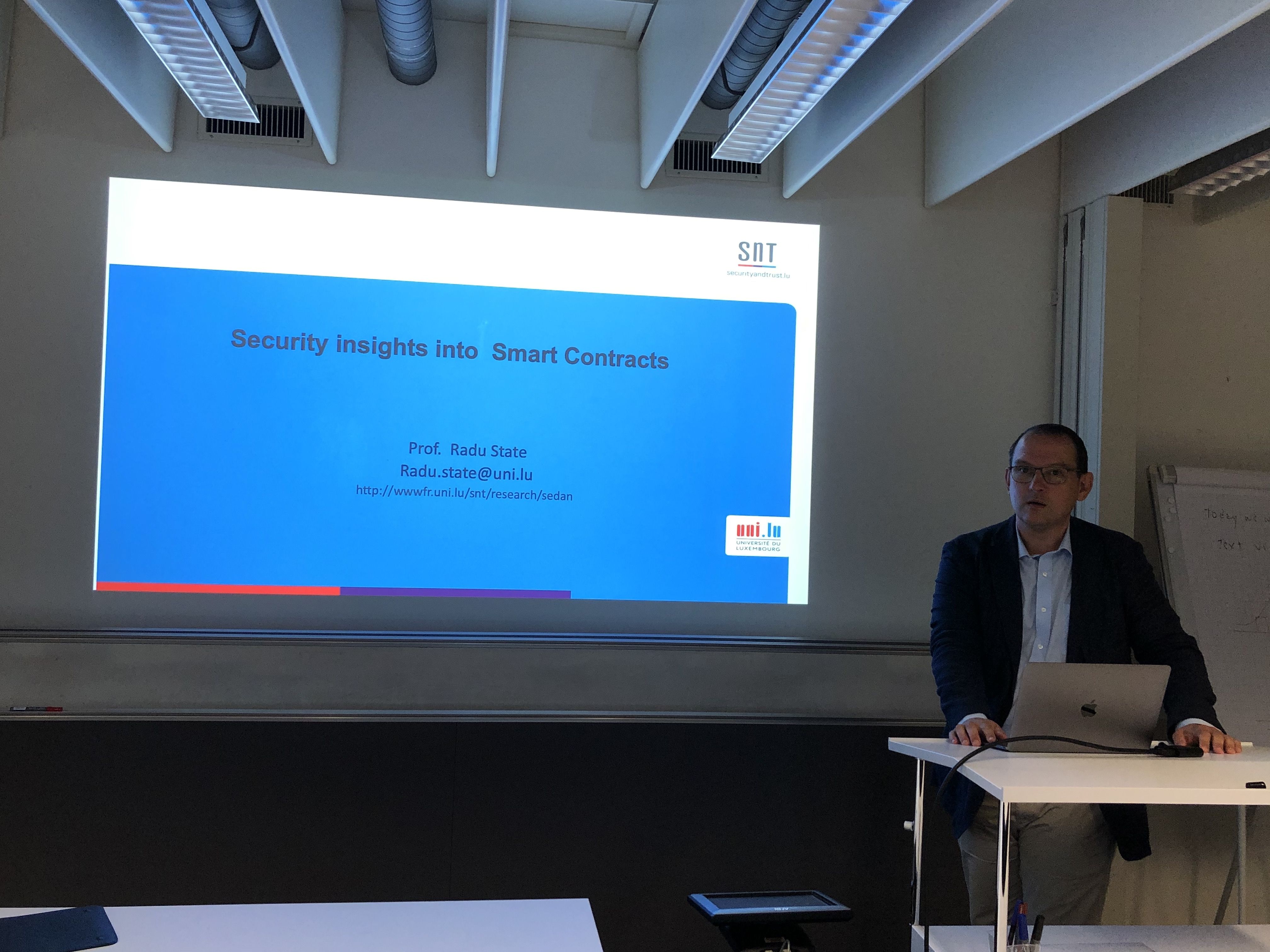 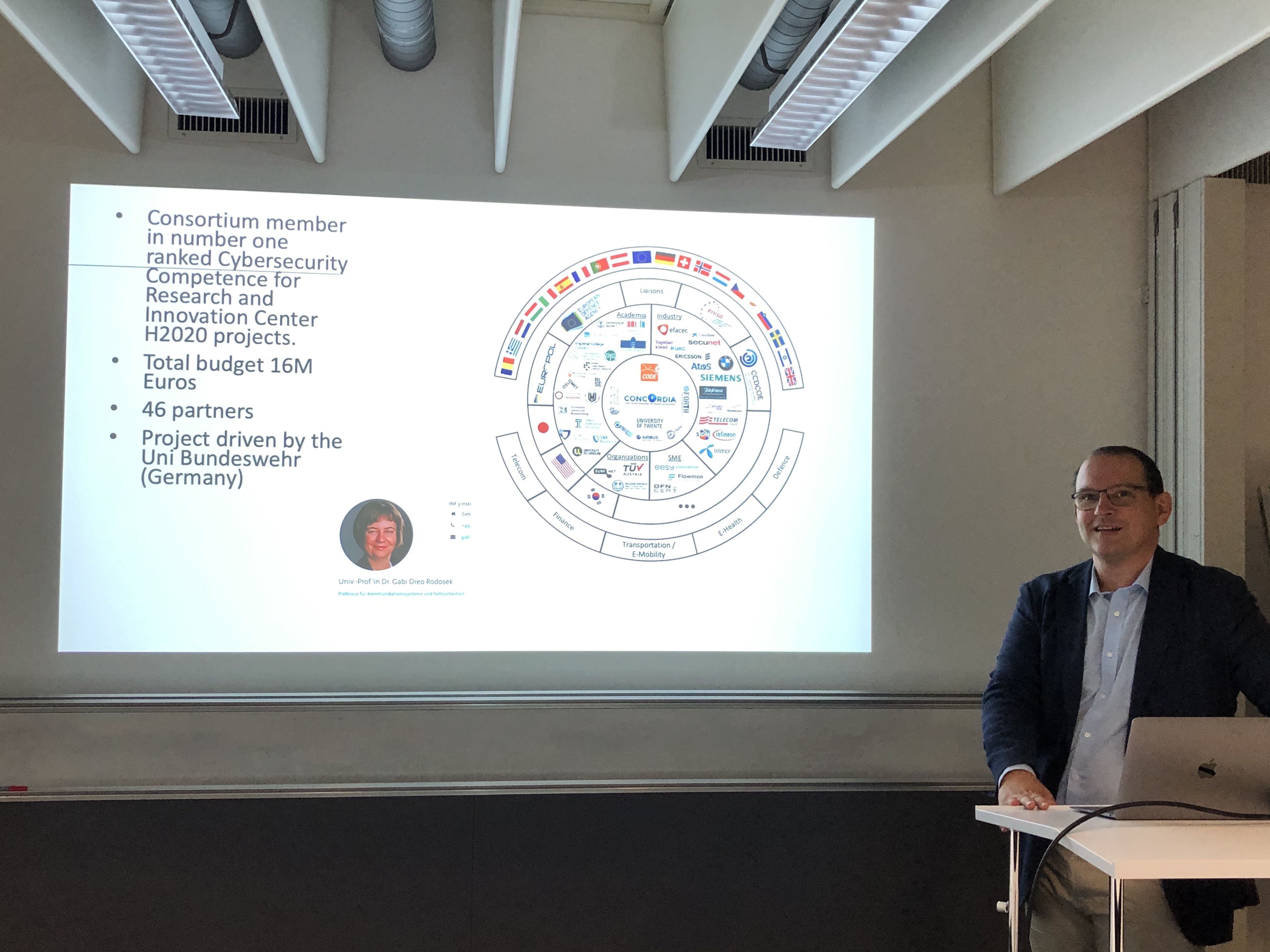 Prof. Dr. Radu State at his Talk's Opening (IfI Research Colloquium) and Referral to Concordia at the IfI of UZH (September 26, 2019) in Zürich, Switzerland