This dataset was obtained as part of the FS 2011 Mobile Systems Seminar presentation about mobile web standards. It aims to answer the following questions:

In short, the 1000 most popular web sites (according to Alexa at the time of research) were crawled using different user agents. All pages from each website (with a limit of 5) was downloaded. Data was gathered, then aggregated. The work was carried by Francesco Luminati, supervised by Fabio Hecht, during the first semester of 2011. For more information on methodology and conclusions, please refer to the technical report on Mobile Systems V (to be published around August 2011).

Conclusions regarding mobile web standard usage were the following:

Conclusions regarding mobile web best practices were the following:

Below are a few selected graphs illustrating the aggregated information.

Please cite this dataset as 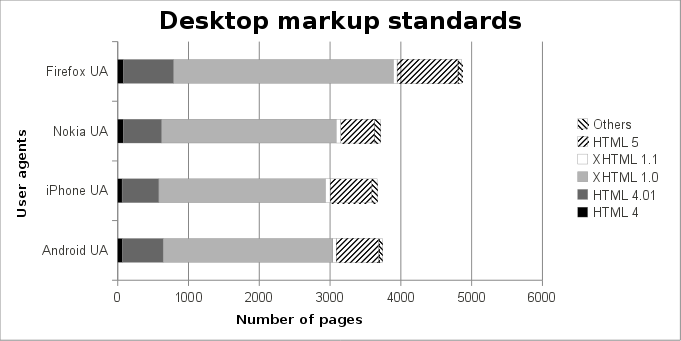 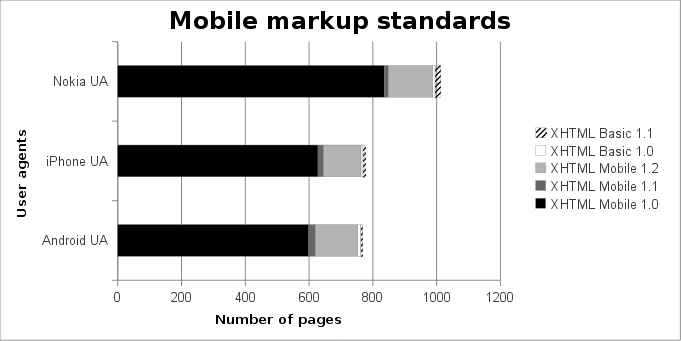 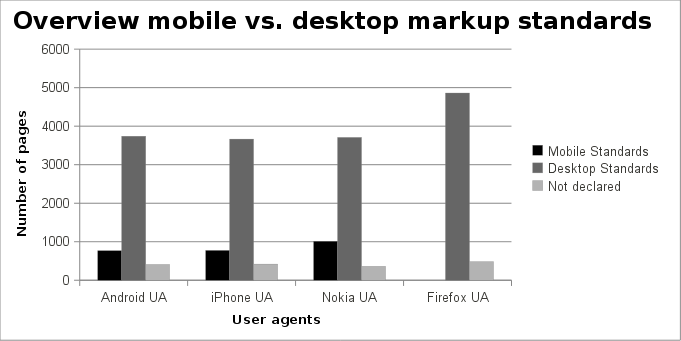 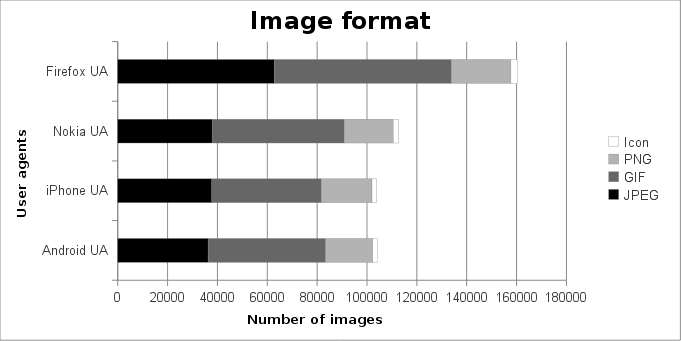 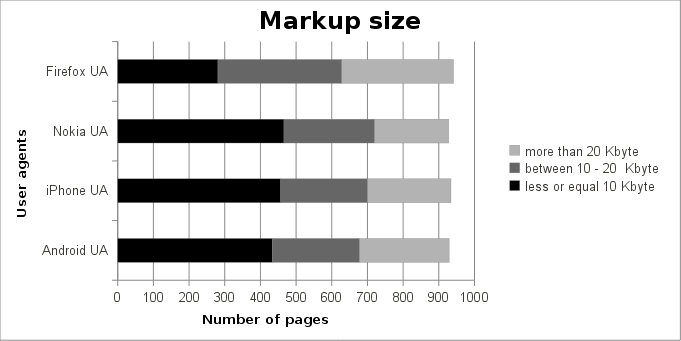 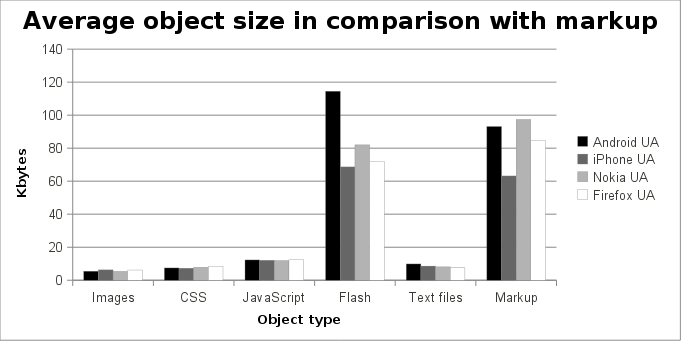 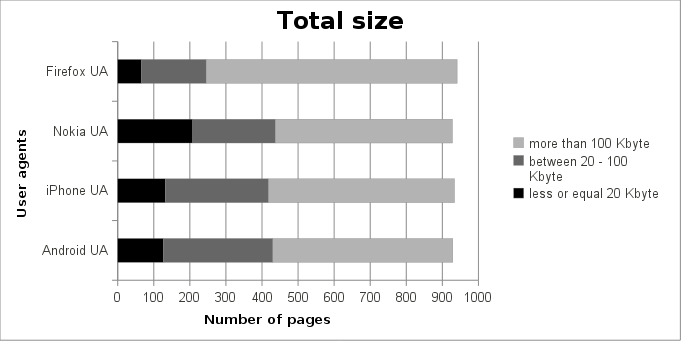 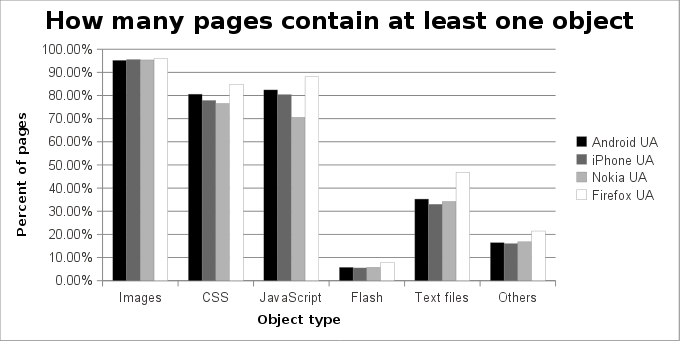 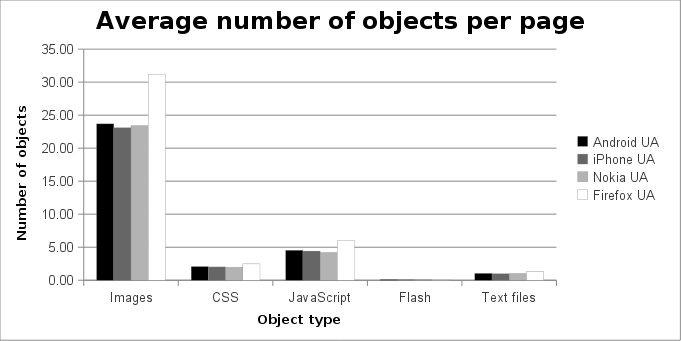 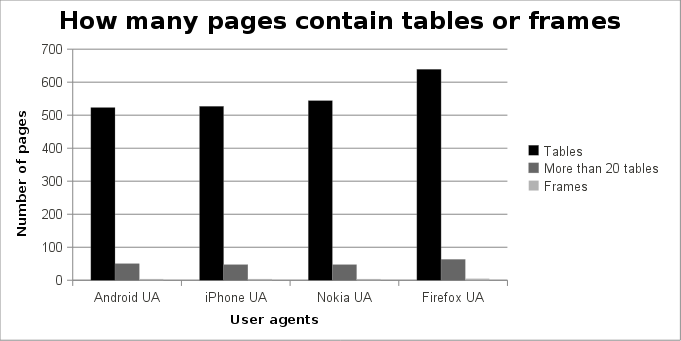 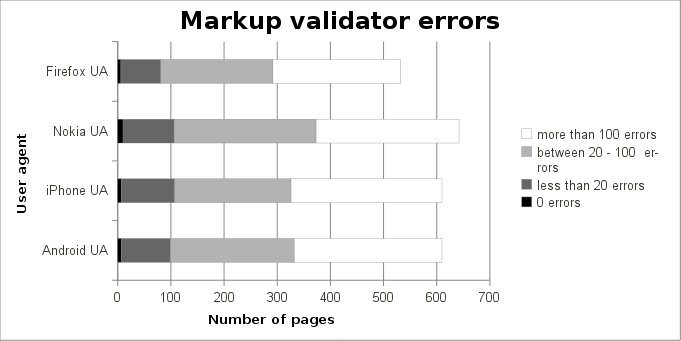