The City of Zurich, the Canton of Zurich and Zurich Tourism, in cooperation with - among others - the University of Zurich UZH, the Embassy of Switzerland in the Republic of Korea as well local Seoul partners including the Seoul Metropolitan Government and the Sogang University organize a Festival of "Two Cities" is the fifth edition of a global celebration series connecting Zurich with some of the most inspirational cities in the world, labeled "Zürich Meets Seoul".

Exciting events during the last days in September and the first days in October will showcase science, too, for which the UZH Blockchain Center BCC had been invited, especially from the UZH BCC and the Department of Informatics IfI Gerhard Schwabe (Information Management Research Group IMRSG) and Burkhard Stiller (Communication Systems Group CSG) participated in a panel and hold separate research talks.

While the panel on September 30, 2019 on "Use Cases: From Academia to Industry and Back" did see statements from Gerd and Burkhard, the discussion revealed with Carl Spörri (COO, modum.io) and Sooyong Park (Sogang University, Korea) that basic ideas and research of the Blockchain ecosystem stimulated initially many Blockchain-related prototypes. modim.io is a very good example for that situation, where the CSG developed the first initial and operational prototype for the medical drug monitoring solution.

Additionally, the FinTech arena taking-up Blockchains benefited from the disappearing intermediary, which shows in many, but not all cases, an efficiency gain on the business process level. The notes on the differences between public and private blockchains, the latter to be considered as a Distributed Ledger with different trust assumptions compared to a public blockchain, made clear that certain distributed applications can benefit in different technical, procedural, or organizational dimensions, but certainly not always. 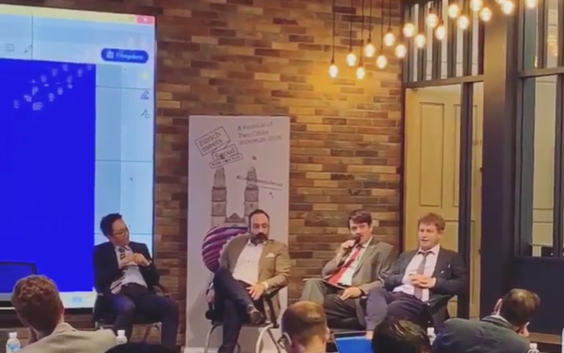 Panel participants Sooyong, Carl, Burkhard, and Gerhard (from the left)

The technical presentation on October 1, 2019 from Gerd on "The Car Dossier Project" summarized the key project findings, which indicated that data sovereignty of stakeholders involved was the key to maintain and enable the collaborations to handle car data from the manufacturer, via the importer, insurer, regulator, repair workshops, to the car owner.

Furthermore, Burkhard's presentation on "Blockchains and IoT – An Approach to Supply Chain Integration", integrating the various outcomes of Sina Rafati's, Eryk Schiller's, and participating student's work at the CSG, outlined the "Blockchain and IoT Integration (BIoT)" architecture, for which the supply chain on NUTRIA, specifically an extended FoodChain based on the "BLW's Foodchains" project, served as the application layer example. The work on LoRa and LTE-m addressed the very different communication alternatives of IoT (Internet-of-Things) for different geographical settings of IoT devices. Finally, the set of Bazo improvements on transaction aggregation and projections on shards per miner and related transaction counters had been briefly discussed. 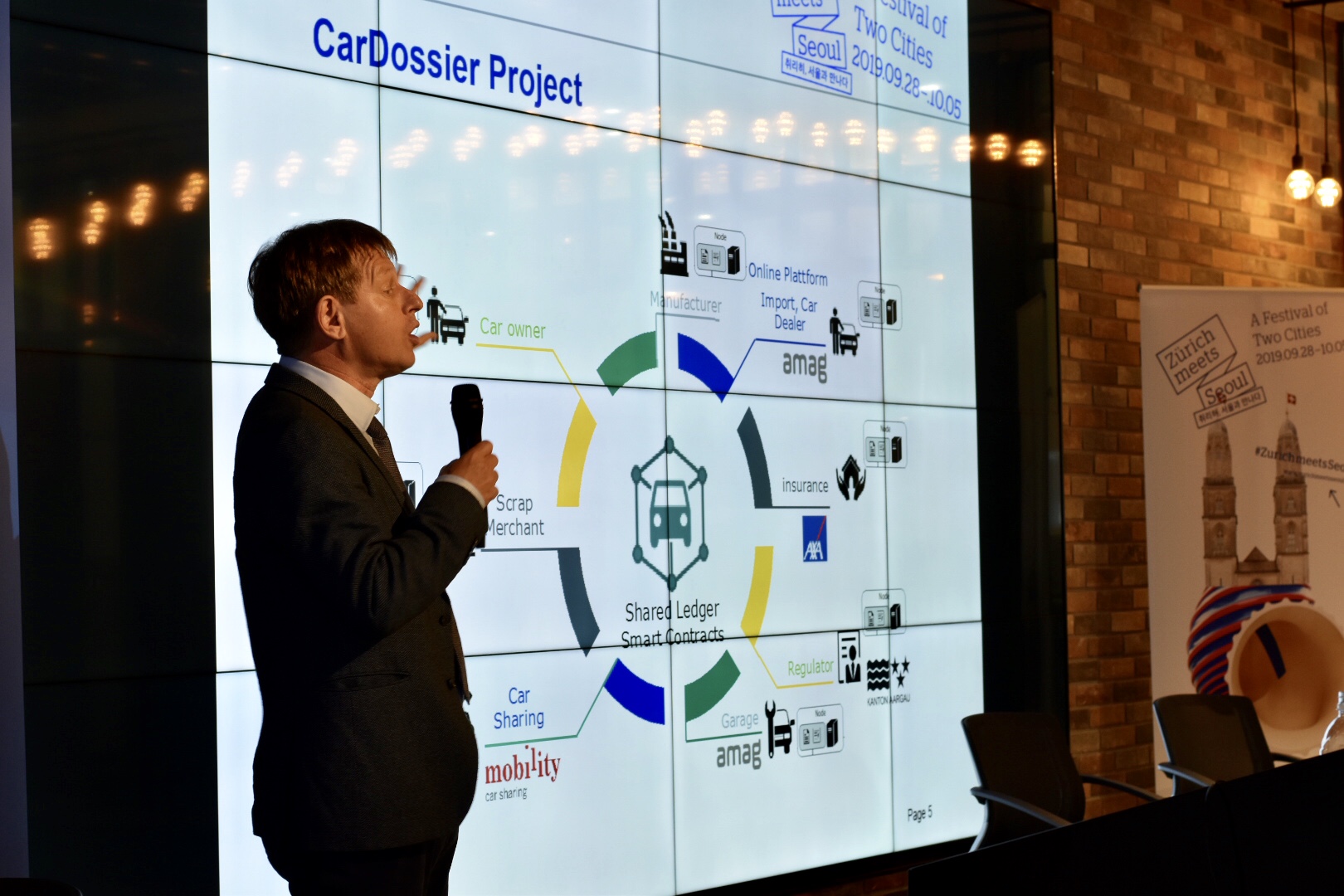 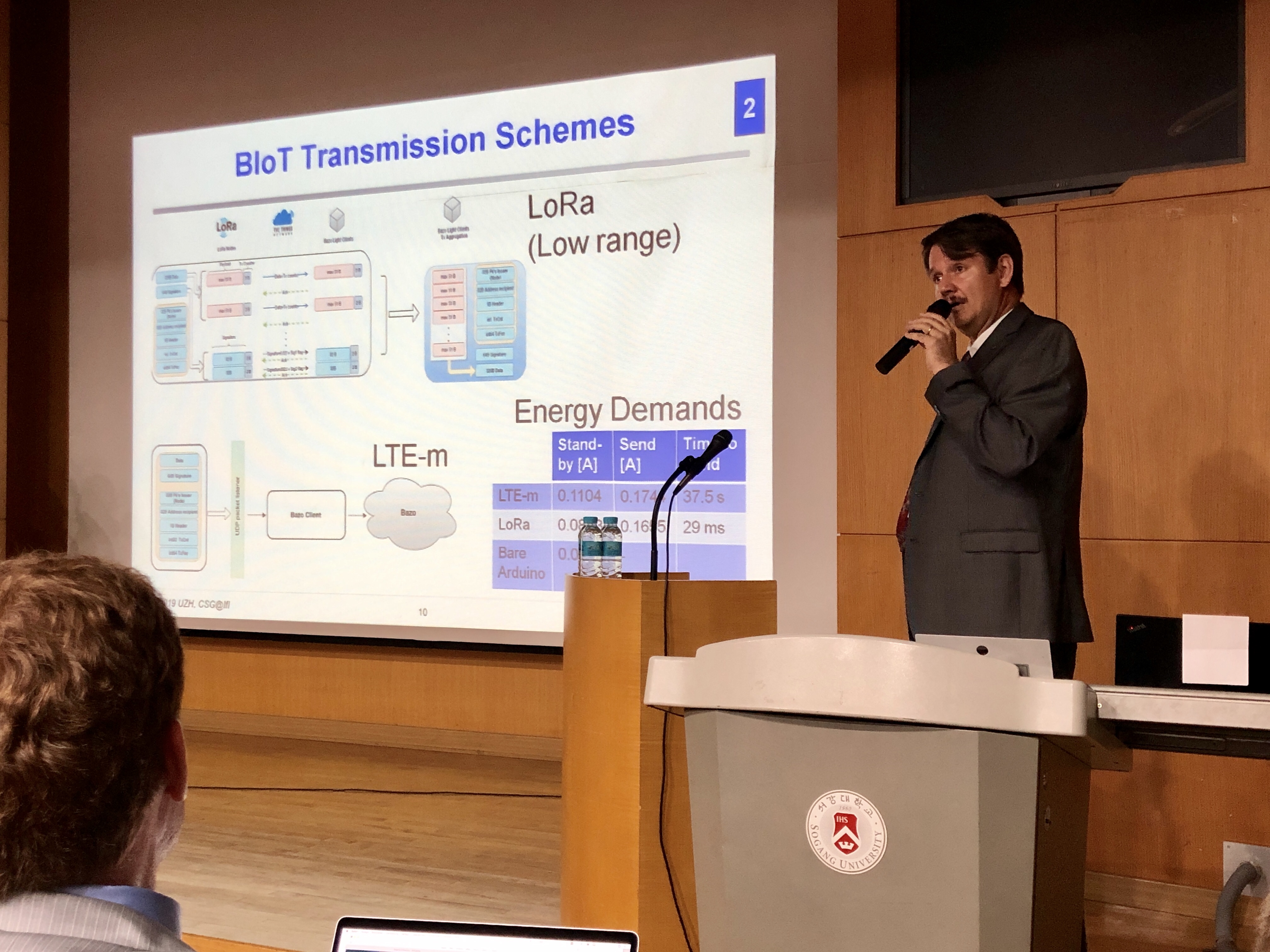 Gerhard and Burkhard, respectively, acting at their talks

The overall Tuesday, October 1, 2019 event "Zurich and Seoul Blockchained" brought together successfully Swiss and Korean academics in the morning and Korean and Swiss industry in the afternoon, all being active within the different Blockchain-related research, working, and products/services domain. While many new contacts had been established the future will show, which of these will lead to active collaborations over the next months. The welcoming remarks of the Dean of Sogang's University Engineering School, Korea and the Vice Rector Christian Schwarzenegger UZH, Switzerland encouraged the audience to make those steps to become reality! 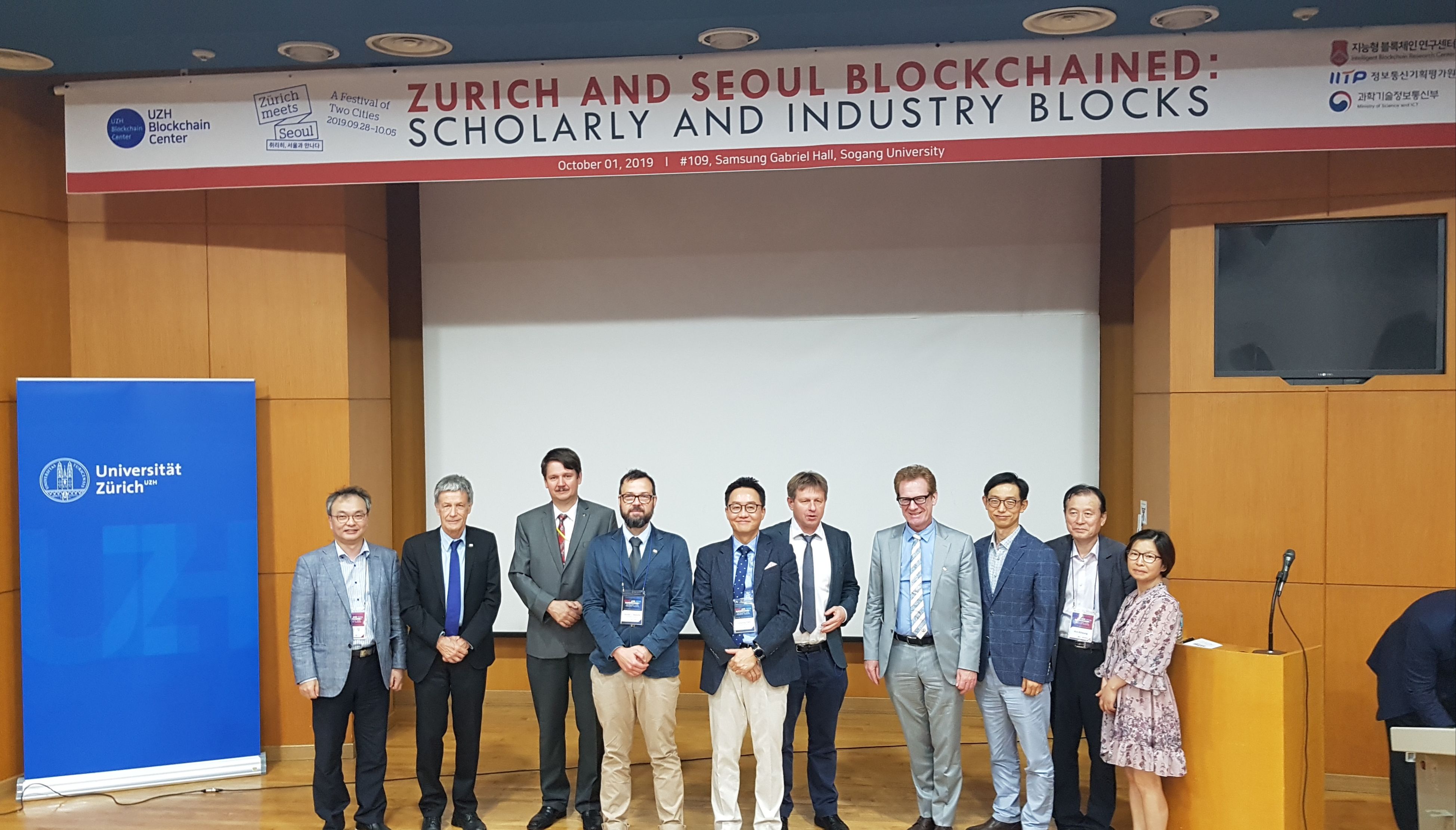 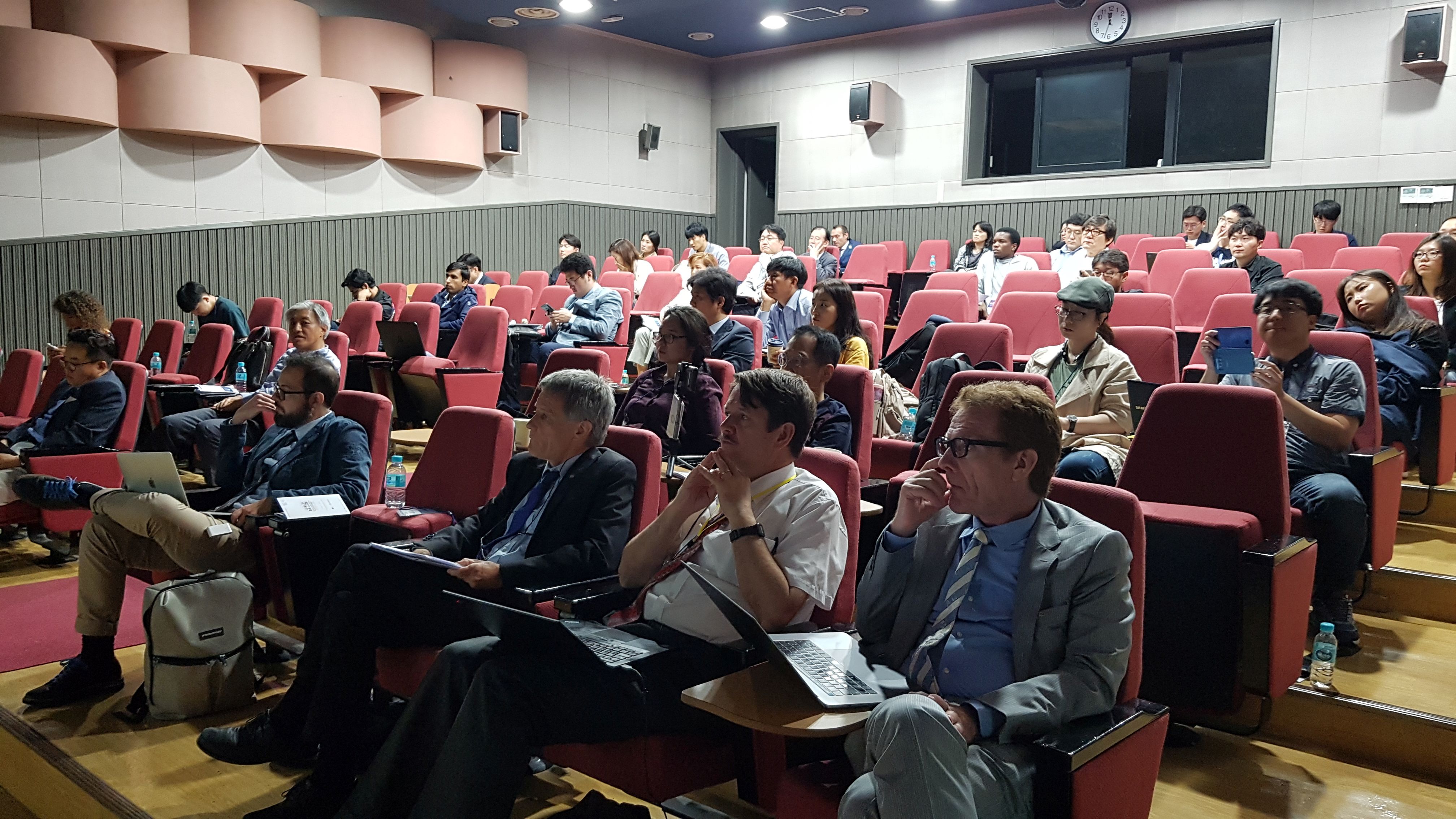 The Zurich and Seoul Group of Speakers Under the Event's Banner and Claudio Tessone, Rolf Weber, Burkhard Stiller, and Christian Schwarzenegger (all UZH from the left) Listening (Picture Courtesy of M. M. Mpyana, Korea University, Seoul)