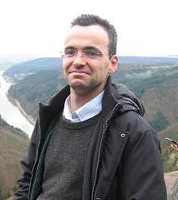 The Internet has experienced a tremendous success. Starting from an academic (and somewhat free) communication network, it has been expanded to commercial purposes and has led to congestion. The way customers are currently charged is based on a so-called flat-rate price: they pay a fixed subscription fee to an Internet Service Provider (ISP) and have an unlimited access to the network. This simple and attractive method is nonetheless unfair since it does not discriminate users. Introducing new pricing schemes seems a valuable option for allowing congestion control and service differentiation among users or applications. While congestion hardly occur in the backbone network, we still have to investigate ways to control it in access networks, the so-called last mile problem, with a special emphasis on wireless. The challenge is therefore to design a pricing scheme representing a good trade-off between economic efficiency and engineering simplicity and that both users and providers would accept. During this talk, we will review few models for pricing bandwidth usage. We will also briefly present other contexts where pricing seems an appropriate way to incentivize users to participe by rewarding them in situations where each new user introduces an added-value to the network capability, such as for example in ad-hoc networks or peer-to-peer networks. A current research direction we will emphasize comes from the observation that there is not only a relation between customers and providers, but also a competition among providers and heterogeneous technologies, and this aspect needs to be integrated in the models and proposals. A typical example is the competition for access points at a WiFi hotspot, or the choice between different access media (WiFi, WiMax, UMTS, etc.). Similarly, pricing is also now a requirement among competitive providers themselves, which need to exchange traffic to ensure end-to-end delivery. Those points are still in their infancy and we will introduce the challenges and some proposals.

This talk is at the heart of cross-disciplinary and novel aspects of networks and system management, on the economics of infrastructure management. It involves networking techniques, quantitative network modeling and model evaluation methods, economy themes, game theory, control theory and optimisation.

Bruno Tuffin received his PhD degree in applied mathematics from the University of Rennes 1 (France) in 1997. Since then, he has been with INRIA in Rennes. He spent eight months as a postdoc at Duke University in 1999. His research interests include developing Monte Carlo and quasi-Monte Carlo simulation techniques for the performance evaluation of telecommunication systems, and developing new Internet-pricing schemes and telecommunication-related economical models. He has published close to one hundred papers on those issues. He is currently Associate Editor for INFORMS Journal on Computing, ACM Transactions on Modeling and Computer Simulation and Mathematical Methods of Operations Research. He has written or co-written two books devoted to simulation: Rare event simulation using Monte Carlo methods published by John Wiley & Sons in 2009, and La simulation de Monte Carlo (in French), published by Hermes Editions in 2010. His web page is http://www.irisa.fr/dionysos/pages_perso/tuffin/Tuffin_en.htm.