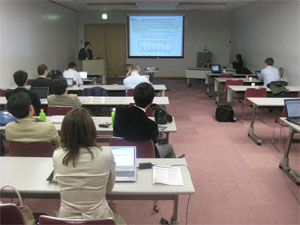 The rapid technological progress in the area of network virtualization, mainly driven by new optical fiber technology and virtual router infrastructures, is generating a new trend for the provisioning of bandwidth on demand. The support of fully decentralized bandwidth allocation and network management schemes shows further advantages in terms of robustness and scalability for large-scale systems.
However, suitable business models for such novel bandwidth services have not yet evolved, despite of simple time-based charging methods for different bandwidth levels. This is especially so in the case of federations among multiple virtual network providers where more than one administrative domain are involved in the provision of a single service. Such federated infrastructures include neighborhood wireless mesh networks and experimental facilities like GENI or PlanetLab, which require different economic models than the ones proposed for ISP interconnection and the Grid to capture the whole complexity of this novel type of multi-tier resource sharing economy.

The third BoD workshop follows the first and second successful workshops which were held in conjunction with IEEE Globecom 2006 and IEEE/IFIP NOMS 2008, as well as a Dagstuhl seminar held in 2009. The workshop seeks original papers, both from industry as well as academia, dealing with the technical, economic, and regulatory dimensions of bandwidth allocation in fixed and wireless networks. The workshop will include presentations and discussions of accepted technical papers, as well as invited talks.

The proceedings are available online from IEEE Xplore.